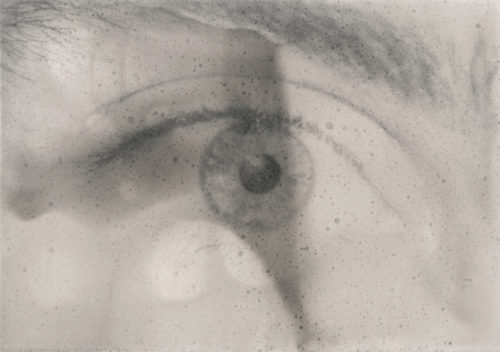 In her third participation to IPFL, Dutch photographer Julie van der Vaart returns to the subject of the human body. In her previous series Le Sentiment De L’Éphémère (2013-2014) and Spleen (2014) she focuses on personal notions of loss and fleeting moments in life, and more universal concepts of transience and melancholia, in which the representation of the body already played an important part. In Beyond Time Van der Vaart repurposes her earlier work by experimenting with chemicals in the darkroom, creating new photographic prints. Inspired by the concept of imaginary time, in which the flow of time is experienced as non-linear, she shows the object of the human body dissolving into the cosmos. Simultaneously appearing and disappearing, the body is represented as something tangible yet elusive. She treats both the represented naked body as well as the image itself as objects which are changeable in its materiality, relative to the passing of time. In this manner Van der Vaart reflects on the awareness of our position in relation to time, which passes slowly at a pace we cannot always comprehend yet will always continue.

Julie van der Vaart (1988, NL) graduated from the Luca School of Arts in Genk, BE, in 2013 and recently completed her residency at the Jan van Eyck Academy in Maastricht.
www.julievandervaart.com