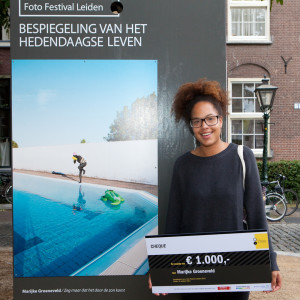 As the winner of the first Photo Festival Leiden, this year Marijke Groeneveld (born in 1986 on the Dutch Caribbean island of St Maarten) has a solo-exhibition. In the beautiful house of advertising agency Just at the Hooglandse Kerkgracht, Groeneveld, who was educated at the Willem de Kooning Academy in Rotterdam, shows photos from her winning series ‘Just say it’s because of the sun’, but most of all photos from her new series Wanted (L).

‘Just say it’s because of the sun’ is a quote from her mother and the persons on the photos are her own relatives. This is a very personal series. Marijke says: “The fact that I was rejected by my biological father gave me an incomplete feeling. Thanks to my imagination, I have been able to create my own world from childhood on. The photos make this world of few words visible.”

With her series Wanted (L), she investigates (subconscious) longings for recognition. She contacted candidate models who are registered at online modeling agencies. She photographed the models at their homes, zo that their context becomes clear. In their vulnerability, they also form a mirrow of our own souls.

Jeroen Wielaard, creative director of Just, the new work of Marijke fits the image of the advertising agency. ‘The work that we show is rather personal and daring. It telss a story. We like to tell stories, so do her photos. They bring us to ideas for new stories and’ (source). 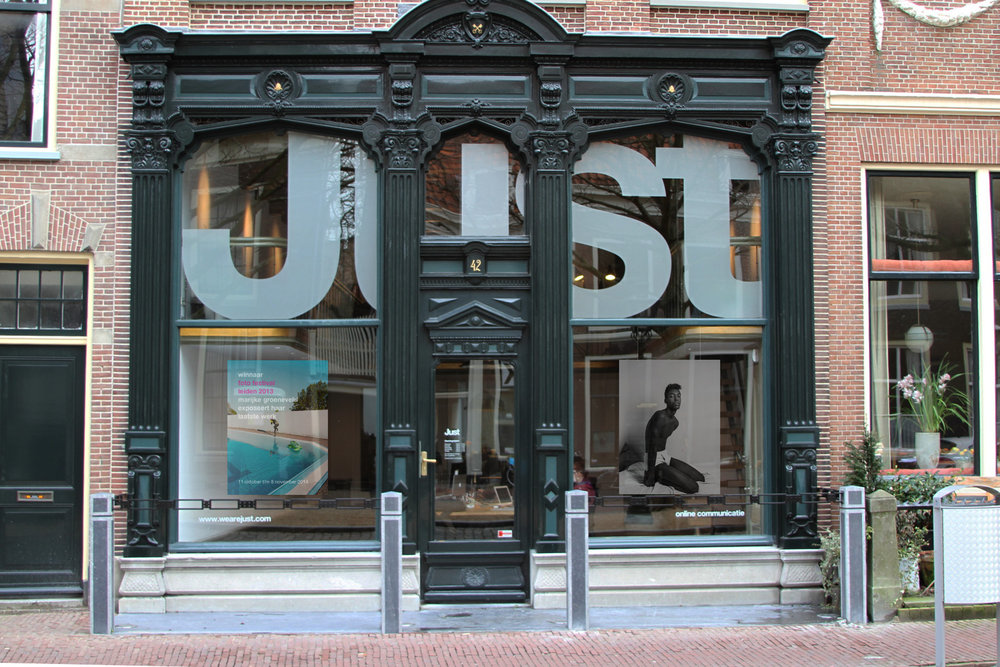 From September 17 to October 31, the International Photo Festival Leiden (IPFL) celebrates its first lustrum. For six weeks, the Singelparkroute in Leiden will host the free outdoor exhibition of a new generation of talented photographers from the Netherlands and abroad.