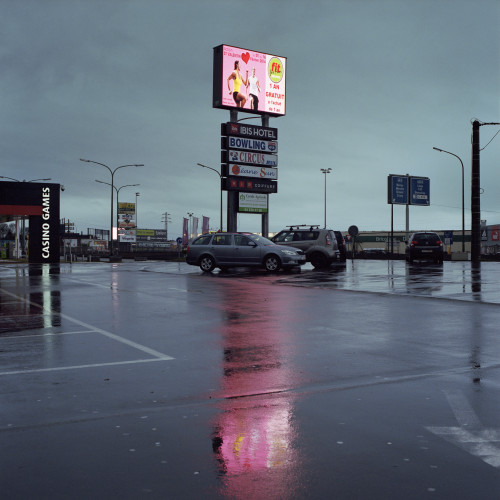 For her project 1 An Gratuit German photographer Katharina Pöhlmann (Photo Academy Amsterdam, 2011), explores cities in the French part of Belgium. With her photographs she captures the changes in the former thriving industrial mining cities in the so-called ‘black country’: the Borinage in Wallonia. As recently as fifty years ago, this area had a highly developed and advanced industry and was the wealthiest area of the country. Despite globalization and growing economic markets worldwide, Wallonia held on to its past. However, the dream of an everlasting industrial paradise collapsed and the area became impoverished and dark. Nevertheless, a new Utopia has arisen: financial support from the European Union should offer new impulses and create a new and prosperous future. But as the new Utopia becomes reality, Pöhlmann questions what the future will hold for the region. In her photographs she captures a contrast between the old and the new, both the urge to hold on to traditions, that which is familiar, as well as the search for a new identity. She questions whether every renewal equals progress and what the possible impact of a loss of identity can be.