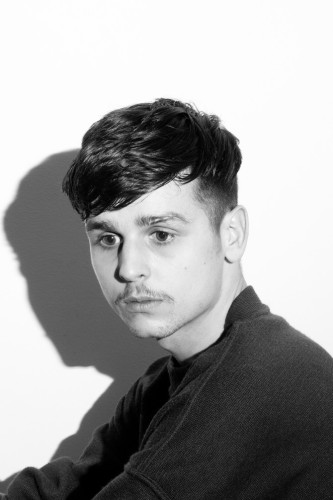 On Sunday 26 October, photographer Henri Verhoef (1990), participant of IPFL 2014, will be signing in the Babooka bookstore. For this special occasion, he will bring cahiers depicting his graduation project: Masquerades / Real Men Create Rivers Themselves, also displayed at the festival, to sign and sell.

Henri Verhoef studied photography in The Hague and has been commissioned by several (fashion) magazines and blogs. In his series Masquerades / Real Men Create Rivers Themselves he questions the division of the world into men and women to which we connect most of our abilities and behavioral characteristics. This division is self constructed and does not really exist. When the masks are removed every human being, man or woman, feels the same pain and emotions. In his captivating portraits he recreates ideals of manhood in the form of cowboys, bikers, soldiers and rebels accompanied by man’s best friend, the dog, forming icons of bravery and strength. However, Henri challenges these ideals by photographing the men crying, creating vulnerable moments of rare sensitivity. Intriguingly, this does not interfere with their masculinity, but makes them seem more human instead.