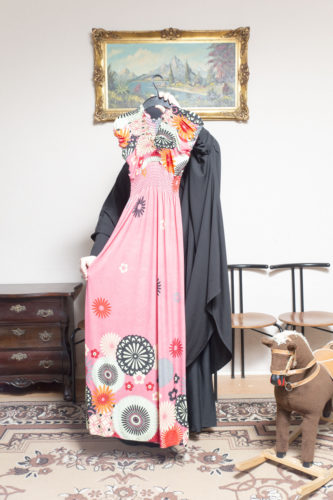 On Saturday 14 October the winner of the International Photo Festival Leiden (IPFL) was announced. A professional jury, led by The Hague Museum of Photography curator Wim van Sinderen, chose Saskia Aukema as the winner with her series ‘Veiled’.

For three years, Aukema has been photographing niqabi women from the Netherlands and Great Britain, after investing ample time to win their confidence. The jury was impressed by Aukema’s conscientious journalistic approach, pertaining to the ‘slow journalism’ movement. This approach resulted in a consistent series of portraits that, aside from the sensitivity of the subject and the social connotations, shows a tremendous amount of positive creativity and visual power.

Saska Akema has taken the controversial issue of the niqab to a higher level and has added new nuances. In the jury’s opinion this is to a large degree due to her extraordinary photographic talent and know-how. Her detailed attention to concept, styling, composition, colour, form and texture has made her series exceptionally strong and communicative.

Saskia Aukema (1975) studied Dutch language and culture at Leiden University and graduated from the Amsterdam Fotovakschool in 2013.