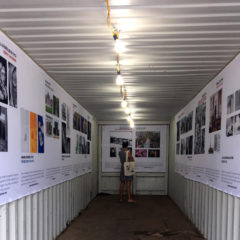 For the third time in a row the International Photo Festival Leiden and Photoville New York are working together to create a platform where different photographers can show their work to a wide public. It is the 6th edition of Photoville, one of the largest free photo festivals in the United States with more than 75,000 visitors. They will see the work of 400 photographers, including the 20 selected IPFL-photographers! In exchange, the work of 20 American upcoming photographers will be on show during the International Photo Festival Leiden, that will be held in the Spring of 2018 (7 – 15 April). The Photoville photographers will be presented ‘the American way’: just like in New York, the exhibition will be in sea containers.