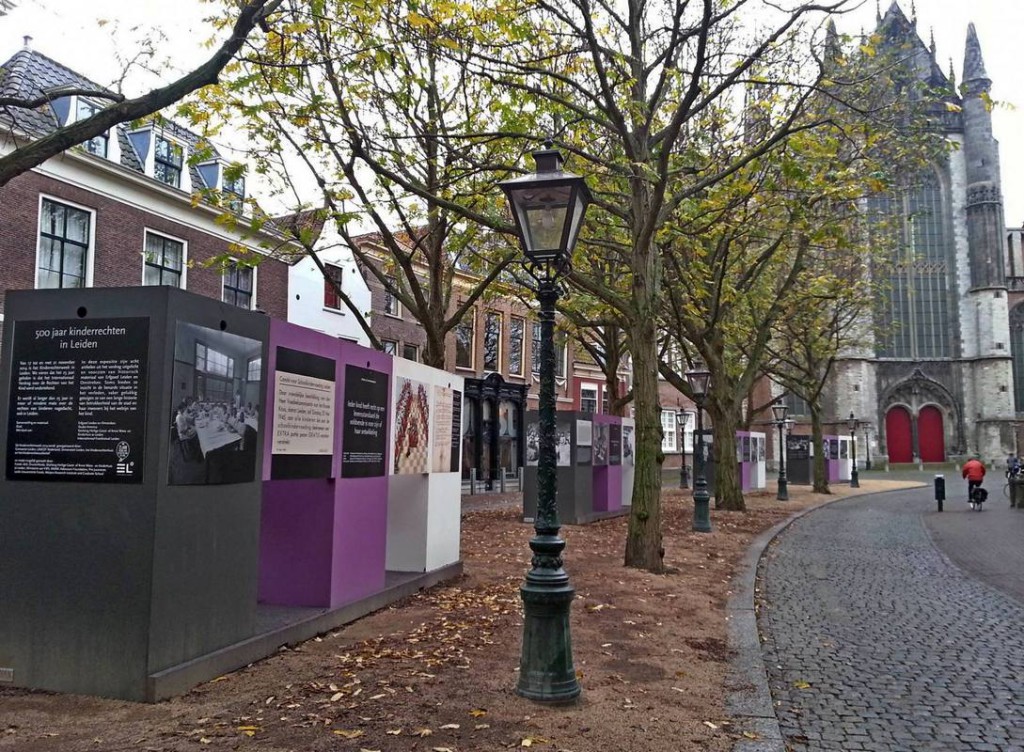 The photo series that were made in the summer by secondary school students as a part of the educational project of the International Photo Festival Leiden, will be on show in the Child Rights Home this week. Also, the photo columns at the Hooglandse Kerkgracht will be used for a temporary exhibition about 500 years of child rights.

Occasion is the Child Right Week (November 17-21), a project of the City of Leiden together with UNICEF Netherlands and Leiden University to celebrate the 25th anniversary of the International Convention of the Right of the Child. The IPFL contributes in a double way to this cause.

The Educational Project consisted of a photo workshop about ‘Art and the Freedom of Speech’ by professionals of the company Dropstuff, offered at secondary schools in the Leiden region. This was very succesful. About 90 students learned about the power of photography, using examples from everyday life. After this, the students were given camera’s in order to experiment. The goal was to depict a social issue, for instance freedom of expression, in a series of photographs.

De students were asked to work in groups, sharing cameras. Each group chose a different social issue to depict. For instance, a group explored the issue of bullying, another focused on violence in videogames and yet another chose to illustrate how freedom of expression can be used to preserve nature – literally by chaining themselves to a tree.

Their photo series were shown during the International Photofestival Leiden on the Urban Screen in the center of Leiden, and this week again during the Child Right Week. This way, the work of the students will have the attention it deserves!