The educational project of the Festival will connect to the Children’s Rights Week (september 17-24, 2014) in Leiden, a project of the City of Leiden in collaboration with UNICEF Netherlands and Leiden University. Occasion is the 25th anniversary of the Convention on the Rights of the Child.

At 5 secondary schools, a workshop entitled Art and the Freedom of Speech will be given. The pupils will learn how art can be used as an instrument to make a statement about freedom of speech. Also, they will make a slidesow that will be shown on the Urban Screen of the Photo Festival in 4 week-ends, and during Children’s Rights Week (November 17-24, 2014) in the Child Right House (a former orphanage) at the Hooglandse Kerkgracht in Leiden.
The IPFL educational project is coordinated by Sean van der Steen. 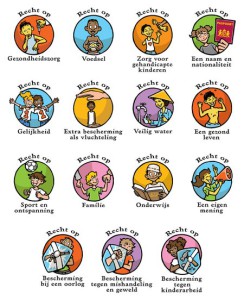