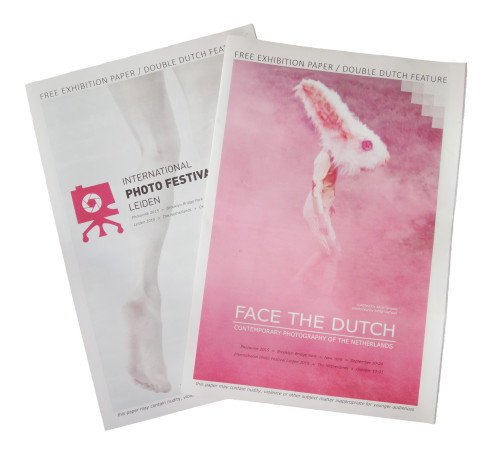 For the second year in row the International Photo Festival Leiden, and the producers of the exhibition ‘Face the Dutch’ join hands to promote Dutch Photography at Photoville 2015.

The International Photo Festival Leiden 2015 is proud to present at Photoville the finest new generation of professional European photographers. For this exhibition 20 photographers were selected who are on the verge of a bright international career. Their photography ranges from documentary to conceptual, from witty to unnerving and from observing to autobiographical.

Face the Dutch represents an exhibition of contemporary photography of The Netherlands. The culture of the image has changed dramatically, especially in the last ten years. The communication of images has amplified due to the internet, social media, smartphones and new digital possibilities. This change gave way to a new generation of photographers. Photographers now enjoy freedom to shape reality, and the culture they live in, in a new and individual fashion more than ever. Now is the time for an exhibition consisting of contemporary photography of The Netherlands: Face the Dutch.

The collaboration between both organisations is not only limited to the open-air exhibition in New York. The Face the Dutch exhibition will also be on show in October in Leiden during the festival.